"Helping just one person makes it all worthwhile." 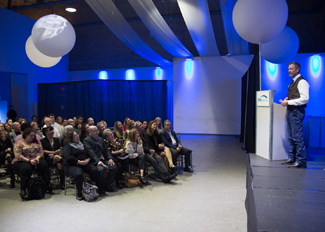 As he fought back tears, former National Hockey League goalie Clint Malarchuk told a rapt audience what led him to point a gun under his chin and pull the trigger in 2009.

“I didn’t want to kill myself,” Malarchuk said of the suicide attempt on his Nevada ranch. “I wanted to get rid of the hamster or mouse or rat that was running around inside my head.” 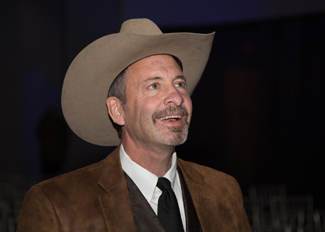 Malarchuk and wife Joanie shared his struggles with an array of mental health challenges and alcoholism, as well as his journey toward recovery, during The Mental Health Association of Westchester’s fall event on October 26 at LIFE The Place to Be in Ardsley.

During the remarkably candid discussion, Clint – who played in 338 games across parts of 10 NHL seasons – credited much of his hockey success to the obsessive-compulsive disorder that ruled his life from an early age. His OCD, anxiety, depression and alcohol use intensified following the near-fatal, in-game accident for which he’s best known – an opposing player’s skate sliced his carotid artery, a wound causing him to nearly bleed to death and requiring 300 stitches – particularly since he pushed himself to return to the ice 10 days later. He went on to develop post-traumatic stress disorder that went undiagnosed for 20 years, until shortly after his suicide attempt, when an expected one-month stint at an in-patient treatment facility turned into a six-month stay.

Joanie Malarchuk offered those in attendance a unique perspective, as a loved one who often felt helpless and subjected to unwarranted emotional abuse. She and Clint pulled no punches in detailing the scope and venom of his delusions and outbursts, which usually placed Joanie at the center of blame for Clint’s suffering.

“I put her through hell,” Clint said. “But, somehow, she stuck with me.” 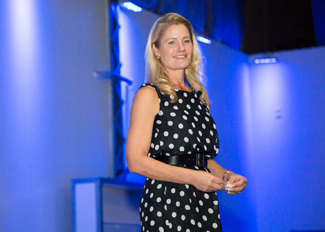 The Malarchuks displayed a number of powerful images – including the X-rays of Clint’s head, showing the bullet still lodged millimeters from his brain – and concluded with a video featuring a collection of sayings around which they choose to live. Notable among them were “Pain in life is mandatory; suffering is optional,” and “People go through challenges every day that you know nothing about, so be kind – always.”

The event dovetailed perfectly with the mission of MHA Westchester – to eliminate the stigma associated with mental health issues and advocate for implementation of, and access to, the most comprehensive programs and services for individuals and families in need.  Clint, who published his memoir in November 2014, used to believe his purpose in life was to play in the NHL. Now he and Joanie believe his purpose – their purpose – is to give others hope by sharing this very personal story.

“Yes, it is tough and exhausting talking about all of this, but (it’s) well worth it,” Joanie said. “Helping just one person makes it all worthwhile.” 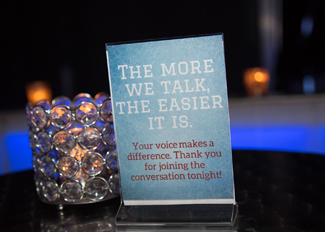 MHA Westchester CEO Charlotte Ostman said the organization will continue to embrace opportunities to educate the community about the importance of mental health and the ways in which residents can lend their support.

“We were honored to welcome Clint and Joanie Malarchuk as we embarked on a conversation about trauma, depression, stigma and most importantly – a story of hope, healing and recovery. Clint is living proof that recovery is possible,” said MHA CEO Charlotte Östman, LCSW-R. “We must talk about and raise awareness of mental health each and every day. Part of what we do at MHA is to help community members learn how to talk about mental health and how to remain open to sometimes tough conversations, push through our comfort zones and eliminate fear and discrimination.” 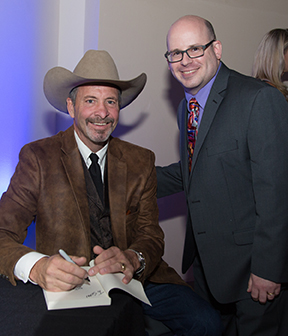 Sean Mayer, a journalist for more than 20 years, is a member of MHA's Board of Directors and became an advocate for mental health awareness and suicide prevention following the loss of his brother, Ryan, in 2014.