Happening Now @ MHA >>> Check out our new podcast, Surfacing: The Meaning in the Story

We were honored to host authors Nyna Giles and Eve Claxton as they discussed their new release, The Bridesmaid’s Daughter on Wednesday, April 11.  The evening was a powerful example of the vital roles storytelling, advocacy and human connection play in normalizing mental health issues and erasing stigma.   Special thanks to Harvey Rosenthal, Executive Director of NYAPRS, for moderating a poignant conversation bringing to light the importance of early intervention, peer support and working together. Click here to view photos from the event.

At 29 years old, Westchester native Nyna was in line at the supermarket when she looked down and saw the headline: ‘Former Bridesmaid of Princess Grace Lives in Homeless Shelter’. Nyna was stunned; her family’s private ordeal was front page news.

The woman on that cover was her mother. The truth was, she barely knew who her mother had been before marriage. She knew Carolyn had been a model – arriving in New York in 1947, where she’d met the young Grace Kelly, and that the two had become fast friends. Nyna had seen the photos of her mother at Grace’s wedding, wearing the bridesmaid gown that had hung in her closet for years. But how had the seemingly confident, glamorous woman in those pictures become the mother she knew growing up – the mother who told her she was too ill to go to school and kept her isolated at home?

“Straight from the heart, and told with great bravery, The Bridesmaid's Daughter is a fascinating and powerful story of a daughter’s love for a flawed parent and the struggle to understand a tumultuous childhood.”

NYNA GILES is the youngest daughter of Carolyn Scott Reybold, a Ford model best known as one of Grace Kelly's bridesmaids. Nyna has worked in advertising sales with leading media organizations such as Westchester Magazine, 914INC, Westchester Home, The Daily Voice, Record-Review and Westchester and Fairfield County Business Journals. Today she is COO of Giles Communications. She is also an advocate for the mentally ill, having served as a vice president on the board of The Association for Mentally Ill Children of Westchester for ten years. In the spring of 2015, Nyna and her husband, Peter, co-chaired The Mental Health Association of Westchester's MHA On The Move 5K Run/Walk. Nyna lives in Westchester with her husband, and has three grown children and three stepchildren. 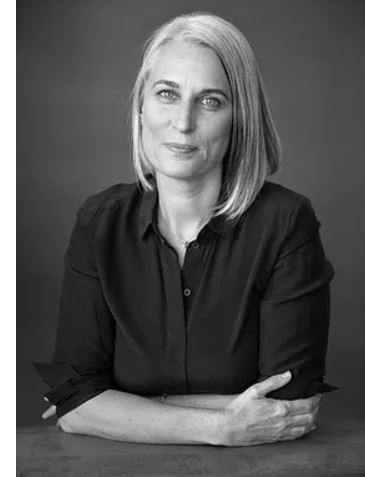 EVE CLAXTON is a writer, editor, and Peabody award-winning radio producer. Since 2006, she’s worked as an editor or co-writer on popular non-fiction books for major publishers including the memoir "He Wanted the Moon," co-written with Mimi Baird, described by The New York Times as “utterly impossible to put down” and currently being adapted for Brad Pitt's Plan B with a screenplay by Tony Kushner. Eve is also the editor of The Book of Life an anthology of the best memoir writing throughout the ages.